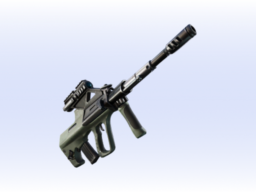 The Best Paintball Sniper Rifles of 2023

We may earn commission when you click certain links.

Out-stealth your competition with the best paintball sniper rifle. These are our picks for the 5 best long-range paintball guns in every price range.

Ask anyone who’s done it.

There’s no better feeling than eliminating an unsuspecting opponent from 200 feet away.

Sniping requires skill and patience (a lot of patience) but it also requires good gear.

Take your long-range game to the next level with the best paintball sniper gun.

Tippmann A-5 .68 Caliber Paintball Marker
Feature Highlights
$279.99
Check it out

One of the most popular and recognizable paintball guns ever, the Tippmann A5 Sniper Rifle has a 16″ barrel, fires with a 250-foot range, and works with either CO2 or HPA. Its lightweight and streamlined for easy maneuverability and offers a ton of aftermarket parts for an upgraded shooting experience.

If you want durability and performance in an affordable base model with a ton of potential upgrades, stop scrolling and get the Tippmann A5. 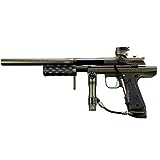 Ditch the air tank and fire with impunity. The Empire Pump Paintball Sniper Rifle is a tournament-level marker with a 14″ barrel and solid-yet-lightweight pumping action for consistently strong downfield firing among comparable pump-powered markers.

In fact, the Empire Sniper’s silent, smooth, pump-only action makes it supremely reliable and accurate to the edge of its firing range, though admittedly that isn’t super far at just 50-75 feet.

You could put just about any Tippmann marker in the “most reliable paintball gun” category, but the Tippmann 98 Custom Pro gets the nod because it’s the gold standard for durability and versatility.

In fact, its biggest plus is right in its name: its customizability.

The base Pro model, shown in the image above, looks like a plain old marker. When fully loaded with whatever upgrades you like, it looks like something from Call of Duty.

By pure sniper standards, the base Custom Pro isn’t quite as effective as the Tippmann A5 or Empire Pump Sniper, mostly due to its 11″ barrel (only on Custom Pro models, the standard Custom model has an 8.5″ barrel). But like the A5, which is our pick for the best paintball sniper gun, the Custom Pro can be upgraded as needed for a true-to-you paintball experience.

A dual-use marker capable of firing both accurately downfield and rapidly in close-quarter combat, the First Strike FS T15 is a beast of a sniper rifle. Its lightweight, aluminum body is easy to maneuver with a realistic MilSim design, and it has the durability to match.

However, that amazing build-quality and enviable accuracy come with cost: the highest price point of any paintball sniper rifle on this list.

That makes the First Strike FS T15 the best paintball sniper rifle for experienced players. It comes with everything you need out of the box, but it takes some use and refinement to dial it in to your liking. 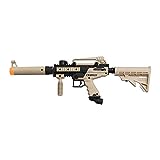 A realistic-looking paintball sniper marker with a 150-foot firing range and semi-automatic firing capability up to 8 bps, the Tippmann Cronus Tactical Marker is a hybrid long-range and close-quarters paintball marker.

In addition to semi-auto firing, it also has Tippmann’s best-in-class inline bolt system for reliable, jam-free performance. And with its authentic design and open bolt blowback system, the Cronus Tactical looks and plays the part of a realistic sniper rifle, making it a great pick for anyone who wants a realistic paintball sniper rifle.

There are a lot of different types of paintball guns, which makes it challenging to pick the single best paintball sniper rifle. While you’re looking for the best long-range paintball gun, keep these three features in mind:

This is all about propulsion. Pump-powered sniper rifles use hand-pumping power to load the paintball into the chamber and cock the firing spring, which is released when you pull the trigger.

Gas-powered sniper rifles use a gas tank to propel your paint downfield with the blowback process chambering your next round.

Among gas-powered sniper rifles, you have two choices: CO2 vs HPA.

Some paintball sniper rifles feed paint from a top-loader or hopper, which sits on top of the barrel (like the Tippmann A5). Others have a traditional bottom-feeding magazine (like the First Strike FS T15).

Which is better? That’s up to you.